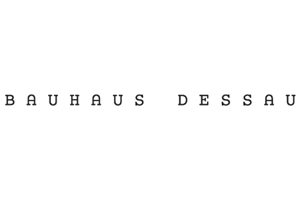 The Bauhaus Dessau Foundation is a centre of research, teaching and experimental design. In addition to conserving, researching into and passing on the Bauhaus heritage the Foundation focuses on cities – their contradictions and cultural strength in the face of demographic developments, globalisation and the technological revolution. The new Bauhaus consequently addresses contemporary urban challenges, examines options for the future and elaborates drafts and models in architecture, design and the performing and plastic arts. In doing so, the Foundation sees itself as a workshop in which participants from different disciplines devise and develop projects from theory through to practice.

Since 1997, the Foundation organises the Bauhausfest, the origin of which lies in the historical Bauhaus of the 20ies where elaborate festivities served as a vehicle for the exchange between masters, students and Dessau’s citizens. The Bauhaus celebrated birthdays, farewells, christmas and other occasions with speeches, concerts and performances in spectacular costumes. The Bauhaus festivals were used for self-expression and simultaneously gave the city of Dessau a cause for celebrating itself. At today’s annual Bauhausfest, experimental projects, complex room setups, performances, music and dancing provide a very special event throughout the city – from the Anhaltisches Theater to the main station and further to the Bauhaus building itself.