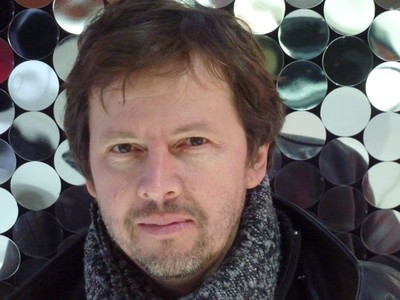 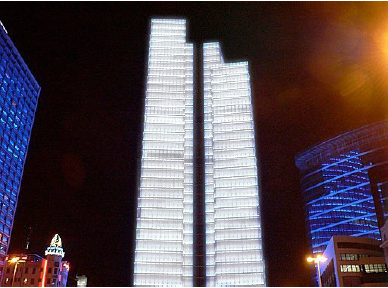 Antoine Schmitt is an artist and programming engineer living in Paris. He creates installations, situations and objects, minimal and abstract, anchored in time and movement, that addresses the modalities of the free being in a system of reality. In relation to the definitive and systemic contemporary world, he places programming at the core of his artworks to question the forces and shapes at stake.

City Sleep Light is an artwork developped by Antoine Schmitt which has been produced on the occasion of the Media Façade Festival Europe 2010. The artists’ project makes the radical move of transforming a whole building into the sleep light of the city.

For the media facade’s opening in November 2012, verve cultural had invited Susa Pop (Public Art Lab) to present a data visualisation programme for their SP_Urban Digital Festival in Sao Paulo with ‘City Sleep Light’ by Antoine Schmitt and ‘Rhythm of Sao Paulo’ by Mar Canet and Varvara Guljajeva.