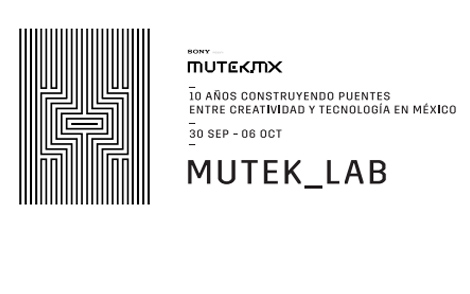 MUTEK_LAB unites international speakers, experts and actors from the cultural, design, and urban planning to discuss from 30 September 30th to October 1st under the topic of ‘Creativity In The Public Space’.

Find the full programme of the MUTEK_LAB here.

In parallel MUTEK Mexico celebrates it 10th anniversary and invites you to take part in MUTEK.MX Festival from September 30th to October 6th 2013. Numerous events in Guadalajara, Tijuana and Mexico present the most recent developments in the emerging local, as well as the international electronic music scene.